Truth or Dare? Truth: This movie wasn’t good. It’s trying so hard to be a horror movie, but it just doesn’t provide any real scares or build any tension. I was bored while watching it and the movie even seemed like it was bored by itself. Even its attempts at jumpscares feel rote and perfunctory.

The story concerns itself with a group of college-age kids who go off to Mexico for their last Spring Break together. They’re invited by a guy they just met to sneak into an creepy old ruined church. Once there, they begin to play the game truth or dare. What no one realizes is that the game is linked to a terrible curse. If you fail to tell the truth, you die; if you fail to complete your dare, you die. And once you start playing the game, you can never stop.

When they return to their normal lives back in the states, the characters begin having visions of people asking them “truth or dare?” The interrogators’ faces contort into what must have seemed really creepy to the filmmakers, but aren’t any scarier than what one character in the film accurately describes as “A bad snapchat filter.”

Over the course of the next 100 minutes, the questions asked of the players get more deeply personal, and the dares they’re asked to perform become more dangerous and homicidal. One by one, the group fails to meet the demands of the curse, and begin dropping like flies. That certainly sounds like a setup that would allow for the victims of the curse to meet their end in some clever and gruesome manner, but unfortunately the film can’t work up the imagination to deliver on that promise.

I was bored while watching it and the movie even seemed like it was bored by itself.

Past films like the Final Destination series could get a little over-the-top when it came to Rube Goldbergian screen deaths, but here it doesn’t even seem like the filmmakers even wanted to try. Someone is shot, someone falls and breaks their neck, someone gets stabbed. Yawn. Remember in The Omen when a character gets decapitated by a large piece of sheet glass? Now that was back when we used to do horror movie death right!

The most intense sequence in the film is one where a character is forced to do a drunken tightrope walk along the edge of a third-story roof. Given the rules of the game, a fall would certainly be lethal, but her friends grab a mattress for her to land on should she slip. However, she’s heading towards the cast iron fence with the super-sharp posts… 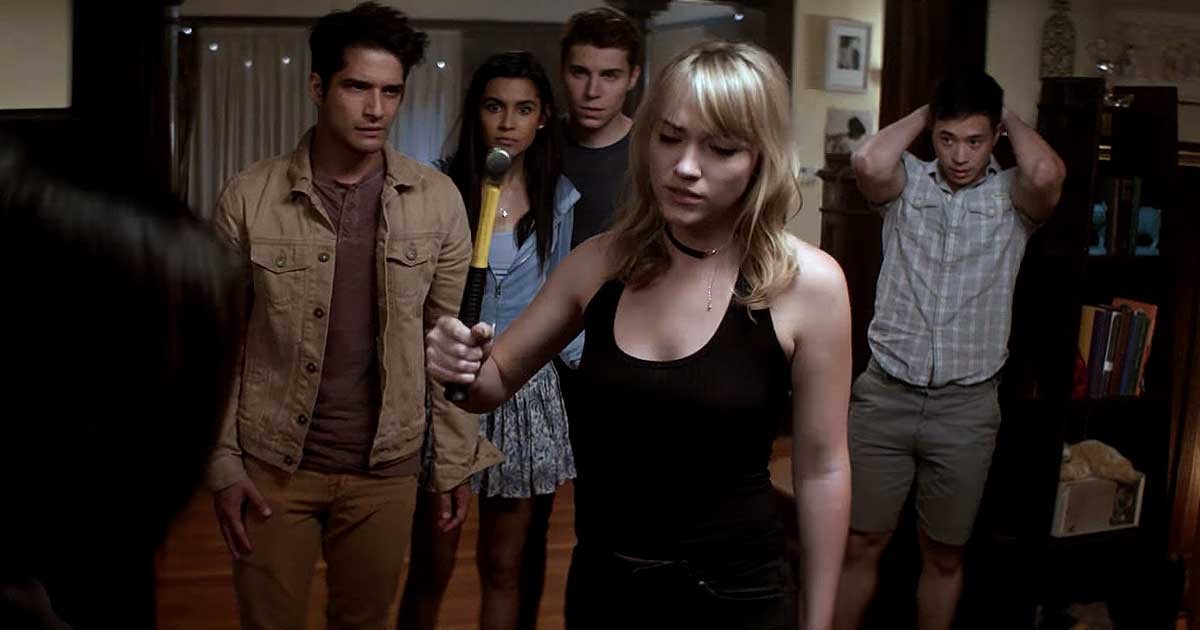 The characters (most of them at any rate) aren’t stupid. They unwittingly get involved with a supernatural curse, sure (but who would get involved with a curse wittingly?), but they figure out the rules quickly and spend the rest of the movie trying to escape the curse, or at least determine its loopholes. But they’re not exactly clever either. The solutions they come up with tend to be the first ones that would pop into anyone’s head. Again, the screenwriters fail to surprise us at every turn.

As I was settling into the theater for the screening, I was ruminating on how seeing a movie in the dark with a crowd really enhances the horror movie experience. I watched John Krazinski’s A Quiet Place the week before and we the audience were swept up by the thrills and terrors projected onto the screen. When the film was over, there was much applause. We all had a good time. This time around, aside from a few desultory chuckles here and there throughout, there wasn’t any energy in the room. Everyone for the most part seemed as bored with the film as I was. A smattering of claps when the lights came back up confirmed my suspicions. Truth or Dare is a horror film that fails to bring the horror. I dare you to tell me different.