Yeah, It’s Bad, but That Doesn’t Mean It’s Not Good.

Sinbad of the Seven Seas is a sword and sorcery movie produced by the Cannon Film Group, made on the cheap in Italy, and starring a dubbed-over Lou Ferrigno. That should be enough to warn you that this will be a bad, bad movie. Any one of those would be a red flag in and of itself, but Cannon could produce small gems like 52-Pickup on occasion, Italy gave us Vittorio De Sica, Sergio Leone and Fellini, and Ferrigno starred in TV’s The Incredible Hulk. All three put together, however, is the Defcon 1 of bad movies. 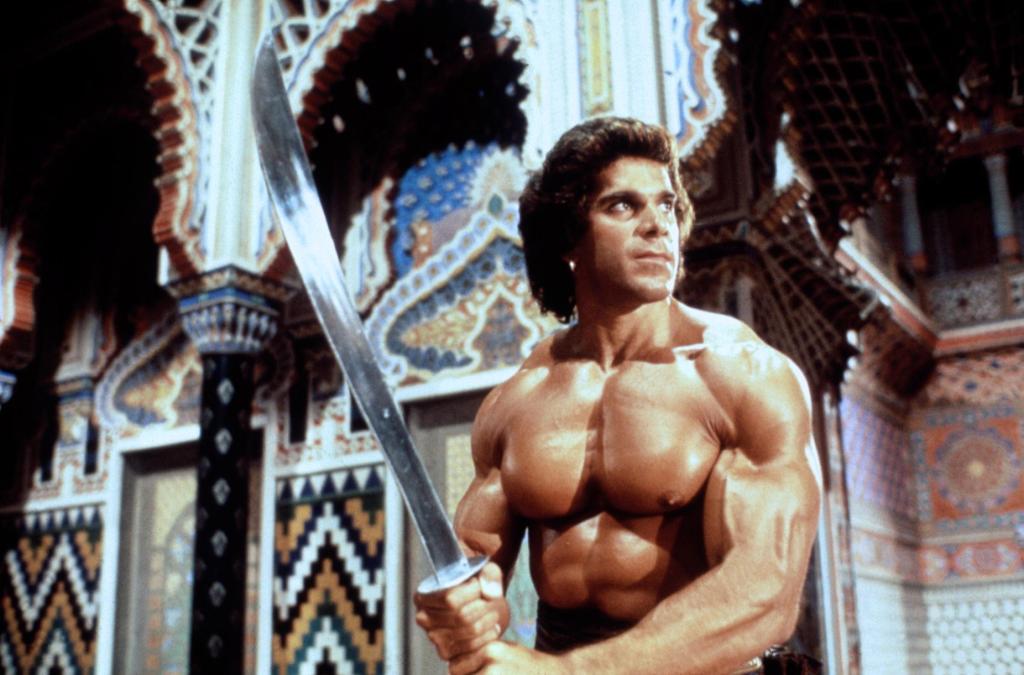 Anyway, Sinbad and company visit an oracle who details their upcoming adventures for them. They must visit the island of the Amazons, Skull Island and the Island of the Dead. Along the way they’ll have to defeat mind controlling magic, acrobatic Amazons, ghostly warriors and hideous monsters. And at the end, they need to face off against Jaffar, his armored legions, and Jaffar’s ninth-level magic! Hopefully they’ll also encounter allies that can assist them on their quest to find the gems and restore the peace before time runs out and the gems disappear forever. That sounds like the making of a very exciting movie, but we got Sinbad of the Seven Seas instead.

Sinbad of the Seven Seas is the Defcon 1 of bad movies.

Laying out the many flaws of a movie like Sinbad (and it has so very many flaws) would simply be a waste of time and energy.  Furthermore in these times, there’s more than enough negativity to go around and I don’t want to add to that unnecessarily. No movie is a total loss, right? So in that spirit, I’m going to detail the things about Sinbad that I actually liked:

Sinbad was actually filmed on location in Basra, Iraq and whichever location they used to film the interiors of the Sultan’s palace has some fantastic tile work. Ferrigno is nicely earnest as the hero. Sinbad turns out to be a parselmouth, so that’s neat. The Chinese guy’s costume is cool. The Viking guy has a neat weapon. The evil torturer really enjoys making bad puns! Sinbad punches a monster’s heart out- and the heart has a little evil face on it! Skull Island looks neat. Sinbad beats a rock monster by punching off its head and then throwing its own head back at it! The bit where the ghost warriors rise out of the sand is suitably creepy. Someone actually says the line “You do dreadful things to my biorhythm!”  There’s a slime monster that shoots lasers!

It shouldn’t come as a surprise to anyone that Sinbad stinks. It’s built into the expectations of anyone going into it. And there’s definitely an audience for this sort of bad movie. 13 seasons of Mystery Science Theater 3000, with more coming, have proven that. Heck, on proper nights I’m in that audience. I volunteered to review this one, for heaven’s sake! There’s a level of enjoyment one can get from a movie that’s just this unabashedly bad- much more so than from a movie that’s otherwise well-crafted but boring and forgettable. I wasn’t bored at all while watching Sinbad. Confused, angry, annoyed, and amused in turn, yes, but never bored. I’d only recommend it to people whom I know would get a kick out of its awfulness. If such a film would do dreadful things to your biorhythm, then I’d stay far away.

Sinbad of the Seven Seas has been released on Blu-Ray by Kino Lorber Studio Classics. The picture has an aspect ratio of 1.85:1 and a resolution of 1920x1080p. The only extras included with the feature are a small collection of trailers for other fantasy films.