Leap! is a Breath of Fresh Air After a Summer of Silly Family Films

The summer of 2017 hasn’t been the kindest to families at the movies. Aside from Cars 3, they’ve had a dearth of quality to choose from. The Emoji Movie, Captain Underpants, and Diary of a Wimpy Kid steeped their ad campaigns in gross-out humor. Even Despicable Me 3 lacked some of the usual charm the series is known for.

Enter Leap! Originally released last year in France as Ballerina, it’s a breath of fresh air after that string of silly movies. The story follows Felicie (voiced by Elle Fanning), a young orphan in 1880s France. She and her best friend Victor (Nat Wolff) run away from their orphanage to Paris to follow their dreams: Hers of dancing as a ballerina and his of becoming a world-famous inventor. When they arrive in the city, Felicie sees a chance to plié at the Palais Garnier—but only if she can keep her identity a secret. Can she realize her dream and stay true to herself?

The best animated movies tell their stories in ways they never could if they were filmed with real people on a real set.

The best animated movies tell their stories in ways they never could if they were filmed with real people on a real set. Think of watching Dash run on water for the first time in The Incredibles. That moment was just as surprising for us as it was for him because of its unexpected visual storytelling. While Leap! doesn’t show us superpowers, it does make full use of its animation. Felicie and the other ballerinas slip in and out of the full splits, train on stories-high rooftops, and vault across the aisles of opera seats with ease. In a live action film, we might be distracted, wondering whether our actresses were that nimble or if we were watching CGI. In an animated film, we can just enjoy the imaginative imagery.

The only awkward moments seem to come from its translation to English from French. Why is the only character with a French accent in the French setting supposed to be Russian? Demi Lovato is a big name in the U.S., and her song “Confident” fits thematically with the story, but why include it if it doesn’t sonically match the rest of the soundtrack? And why include an anachronistic M.C. Hammer joke? I don’t expect audiences asked these questions in the French version.

These few translational snags don’t trip up the entire viewing experience, though. Kate McKinnon, Carly Rae Jepsen, Maddie Ziegler, and Mel Brooks add strong supporting voices, and the jokes aren’t painful for the parents. Because the story resembles classics like Cinderella and Anastasia (and because it only contains one or two brief wisecracks about passing gas), Leap! beautifully balances the needs of its adult and kid audiences. 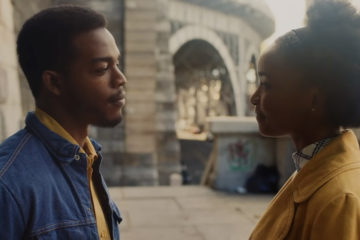