In the broad repertoire of human behaviors, there are few that are as unnerving as the act of suicide, the ultimate form of individual self-destruction and the highlighted topic of discussion in Director Antonio Campos latest bio-pic Christine (2016), based on real life American television newscaster Christine Chubbuck who shot herself in the head on live-television on July 15, 1974. As I understand, suicide is still a taboo in Western culture, which made me somewhat reluctant in covering a film such as this. Does ushering such despairing topics to the surface create intimacy and bring people together, or does the very mention of it make the idea contagious? I certainly wouldn’t want the latter. But alas, here I am about to cover one of the saddest stories of a woman, who despite attaining success in her professional life, couldn’t bare to go on living to due to the private and personal problems that plagued her psyche.

Christine Chubbuck (Rebecca Hall) is always the smartest person in the newsroom, though it gives her no real satisfaction. Always on the lookout for a positive human-interest story, she correctly predicted the exploitative, sensationalist nature of which our current news media still operates. “If it bleeds, it leads” is the mantra Chubbuck is told, by a largely male-dominated industry, and that if she wants to keep her job, she needs to make her work “juicier.” Going all the way back to Billy Wilder’s mercilessly cynical Ace In The Hole (1951), which starred Kirk Douglas as the repugnant newspaper journalist who cares very little about the individual and more about his opportunistic profiteering, he retorts “Bad news sells best. Because good news is no news.” But Chubbuck is not so easily swayed by monopolist practices and commercial instincts, nor does she conform to the cute and ditzy, submissive role that would likely help her climb the corporate ladder. She stands her ground, but ultimately is defeated, her final action being a supposed statement to the public who only respond to their Darwinian impulses in keeping with their desire for “blood and guts.” A friend and I attended a screening of Christine on October 28th, where screenwriter Craig Shilowich made an appearance afterwards to give a special Q&A with the audience members. He spoke on why he found Chubbuck’s story worthy of study and how he could relate to her. “I think the initial reaction when you read her story for the first time is ‘oh, what a monster.’ I didn’t have that response. I wanted to know more about her. And the more I read about her, the more complicated she got and the more she reminded me of a younger version of myself when I had gone through a prolonged period of depression. It didn’t take the form of just moping around. I was often times lashing out at people or taking it out on myself. It didn’t look like the typical hollywood-version of a depressed person.” Shilowich continued, “And in thinking about how I came out of that period in my life: I got really into work, I became a production person for movies, which was centering for me. I got a girlfriend who put up with what I was going through, another stabilizing force. And I thought, if I hadn’t discovered those things and my work had been turned on me or taken away from me, or I had been a woman in the 70’s in a contentious work environment, it was scarily easy for me to begin to understand how, with a diseased mindset, you could get to a place like that.” 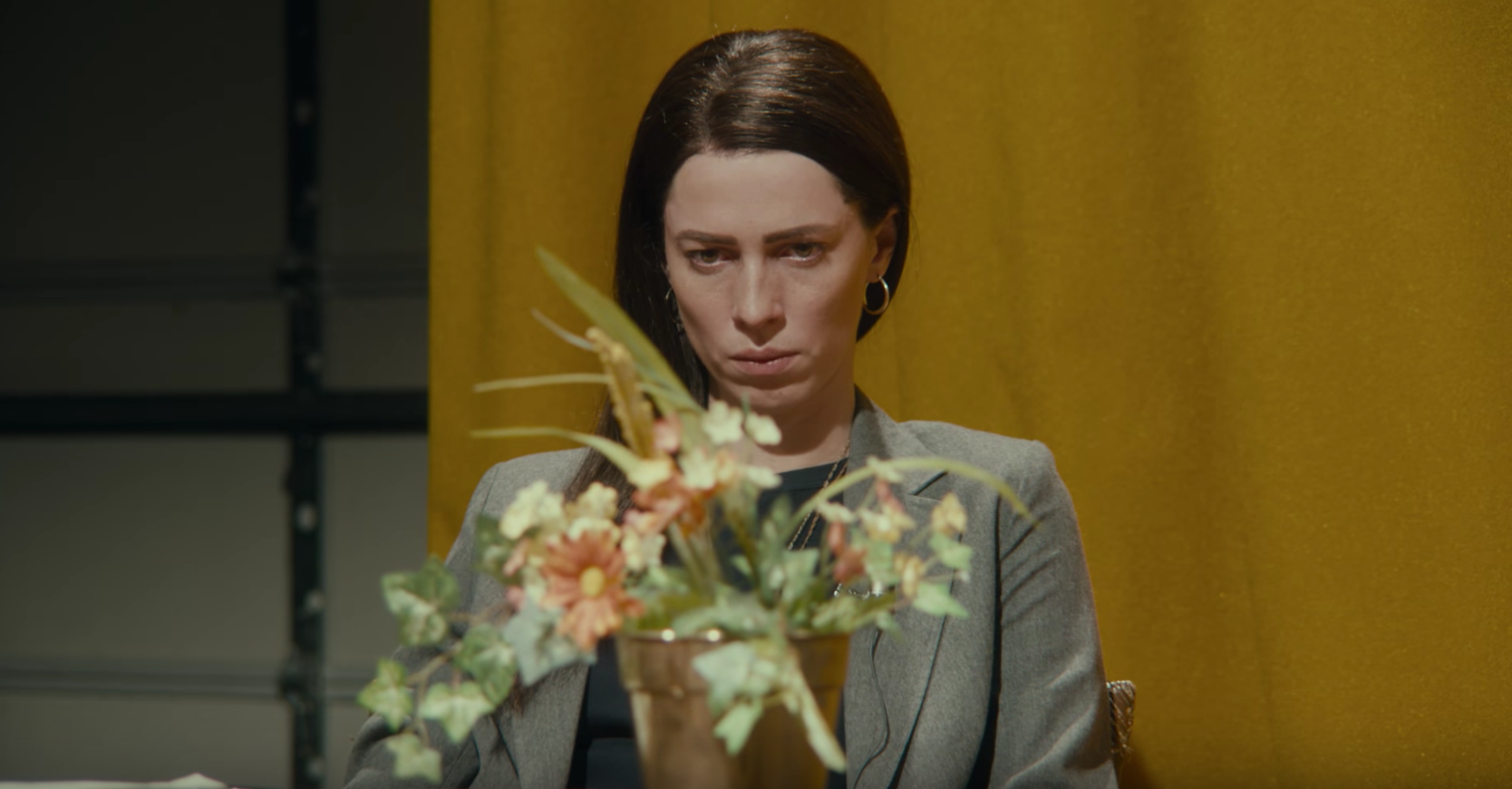 As the film progresses we learn not only the troubles Christine encounters in the workplace, but also in her private life. Possibly an undiagnosed borderline personality, at the age of 29 she still lives with her mother. Her love life was quite literally not existent. She had feelings for a co-worker, but they went unrequited, a deep source of pain for her. She was conventionally beautiful, but had only ever been on two dates and was often stood-up. She also had a painful medical condition, an ovarian cyst. All of these descriptions make it quite easy to see why she succumbed to suicide. Which brings me to the suicide scene itself. It’s very as a matter of fact and unceremonious. The musical score never reaches a crescendo. The violins don’t swirl. There is not much sentimentality and it robs the viewer of emotional catharsis. It’s like the Pennsylvania politician Budd Dwyer video. She drops like a sack of bricks. It is important to show suicide in such an unglamorous way, as this is the reality of it. As someone who’s had people close to me commit suicide, some in extremely violent, operatic ways, while they hold a special place in my heart, they are already forgotten by society at large. Suicide will not make one a self-made martyr. And contrary to how most hollywood pictures depict it, a morbid detail though it may be, a shot to the head is not always a guaranteed instant-death, which was the case for Chubbuck unfortunately.

This is a country that responds to military vets suicide not with compassion, pity and understanding, but with more aggression: “#22pushups challenge.” Our mainstream newscast is saturated with trash talk character assassinations masquerading as productive discourse. Civil discussion of economic inequality and foreign policy are deemed too boring for the common viewer. They speak with fabricated outrage over trivialities and posses the rhetoric of third-graders. If issues don’t come with grotesque spectacle, then they aren’t worth discussing. Literacy and print-based media are dying, if not already dead. Our social media feeds are largely dominated by a sick humiliation culture and the celebration of indifference. Suicide is the 10th leading cause of death in the US, and though this film is about a woman, statistically it’s an even bigger issue among men. “Christine” is not a perfect film. Its commentary on the cutthroat nature of mainstream media is not saying anything that pictures like Sidney Lumet 1976 Network (which was actually inspired by Chubbuck’s suicide), or even Dan Gilroy’s Nightcrawler (2014) haven’t said better in the past. While it feels well-intentioned, the portrait of depression being really grounded and without theatrics, there’s something unremarkable about it as a whole. Nevertheless, it left me with a sense of deep empathy for a woman who met a sad end hoping to be loved, but never was. And empathy is collectively what we are without.