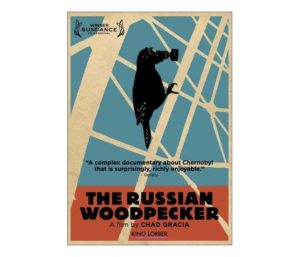 True: The Soviet government, in the 1980s, spent an ungodly amount of money in erecting a massive metal apparatus of unknown intent.

True: This object is known as the Duga, and to this day sits abandoned to the elements, rusting in a field in Chernobyl.

True: The Duga was the generator of a constant low-level tapping frequency, a repetitive “pecking” sound not unlike that of a woodpecker, targeted at North America in the later years of the Cold War.

What was the purpose of this tapping sound transmission? Was it successful in any way? U.S. and Soviet relations being what they were at the time, malicious intent is an entirely plausible assumption. We’re told that the Duga was a special kind of over-the-horizon radar. But the real question remains… What on Earth was the true point of this contraption… And while we’re asking such questions, how might its failure tie in with the Chernobyl nuclear meltdown of 1986?

Before we get too far into the troubled mists of history, though, a detour occurs. We meet Fedor Alexandrovich, a Ukranian performance artist who’d been directly impacted by the Chernobyl disaster.

Fedor’s justifiable lifelong bone to pick with the U.S.S.R. gives way to some manic dot-connecting hypothesizing which gives way to straight-up obsession. This is a man possessed not only by his insatiable need to find the truth, but also of the power of film in communicating said truth. His stated notion that only by making his journey a film, can the world properly understands what he understands, is a powerful belief. Too bad Fedor seems to essentially vanish from the lives of his wife and young son to go do all of this.

Director Chad Gracia does a downright impressive job of imbuing the film with Fedor’s urgency and possibly whacked p.o.v. while also having to narratively bounce around from presenting history lessons, to being a personal portrait of Fedor, to paranoid potboiler, to all sorts of interviews and confrontations. It all comes to a boil during the early 2014 Kiev uprising. The blend is potent. Presenting an intricate conspiracy theory cooked up by a wild-eyed performance artist typically might not make for a sound documentary feature film. The Russian Woodpecker proves to be a rare exception.

Plausibility implicating the former Soviet Union in intentionally causing the 1986 Chernobyl nuclear meltdown is a large and compelling starting point. It was all a cover-up, the theory goes, to divert attention from the failure of the tremendously expensive Duga device. The further the film goes, the deeper it digs, the more possible it all seems. The effect is that of having a feast of love big-brewing, Earth-shatteringly important information served up on a bed of highly uneasy tectonic plates. There is a movement to bring back the evil Soviet Union, and we’re all just too blind to see it!!

As someone old enough to remember Cold War strife and the always-looming threat of “mutually assured destruction”, The Russian Woodpecker dredges up its fair share of that old school dread. There’s actually a strangely refreshing aspect about being told that yes, the Soviet Union was dangerous, and we had basis to be scared. Of course, the guy doing the telling on screen may well be an unreliable narrator of sorts. But there’s no doubt that he believes it. And he’s apparently not alone, as he claims to have been strong-armed into having this film open with the following disclaimer:

“The authors of this film in no way intend to injure relations between Ukraine, Belarus, and Russia.”

Which brings us back around to what is one of the most compelling aspects of The Russian Woodpecker alchemy: The precarious nature of having once-legitimate anxieties dredged up in a largely-forgotten, yet recognizable way, but being led through them by what might be the Ukrainian equivalent of a long-winded caller to The Art Bell Show.

In any case, it works. Those interested in debating the validity of Fedor’s theory, as well as anyone interested in challenging, odd-duck documentary filmmaking will definitely want to check out The Russian Woodpecker.

True: Kino Lorber’s DVD (sorry, no blu-ray) is a solid edition, presenting the sometimes lo-fi nature of the footage (archival material, Fedor’s own stuff, and whatever else is in the mix) with the proper immediacy needed to sell the points – even if that selling is being done by an occasionally grown naked man in a gas mask, wrapped in clear plastic and carrying a torch. (It’s his art, you see.)

True: The DVD’s bonus features include various deleted scenes, Fedor’s twelve-minute real-time helmet-cam climb of the Duga, extended and additional interviews about the Duga, an epilogue, the trailer, and Fedor’s short, related art film. Most of these features run less than five minutes.

True: Artists intuit different frequencies, sometimes sensing changing winds and things to come. Fedor, as odd as he might be, sensed the coming trouble in his country months before the 2014 protests. Is it possible, in any configuration, that he’s onto something with the rest of this?

Whatever the case, it makes for a great film.